A couple of weeks ago me and Christian played a couple of games of HOTT. Unfortunately because of work and car problems, I've fallen behind and I'm only now getting around to posting the pictures from those games. So here are the pictures.

The first game was Christian's Romans vs. my Dinosaur army, Gor Gor and the Daring Beast of the lost world.


The second game was between my dinosuars and Christian's Halloween army. This time I was the defender.

I was using the same troops as before.

Over all I enjoy the game and will probably play again once I have some more armies up. Anyway I've started on another Megablitz unit. I've actually finished painting it and I'll have the pictures in the next post. Here's a sneak peek. 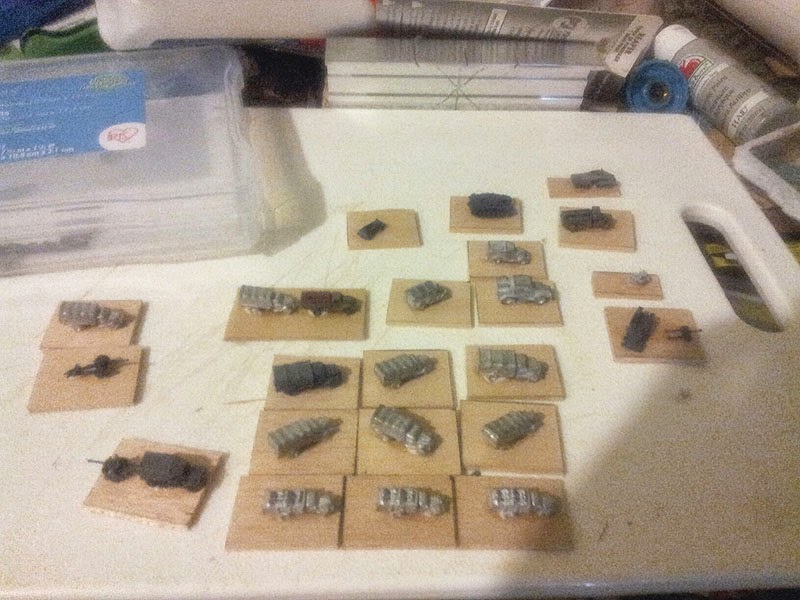