The roads to hell

A couple of months ago I brought this from Wargame Vault.

This week I decided to print some up. I was going to glue them to felt using rubber cement so they would be somewhat flexible. The felt will keep them from moving around on the table too much. I would then trim them with a X-Acto blade. I of course ran into problems the first being with the glue. The rubber cement was a bust, it just didn't work on felt. So I ended up using Elmer's spray adhesive. This worked very well giving an even coat. The next problem I had was with cutting them. The blades I had were trash at cutting felt, so I ended up using a regular pair of scissors to cut them into shape. Here's some pictures of the progress. 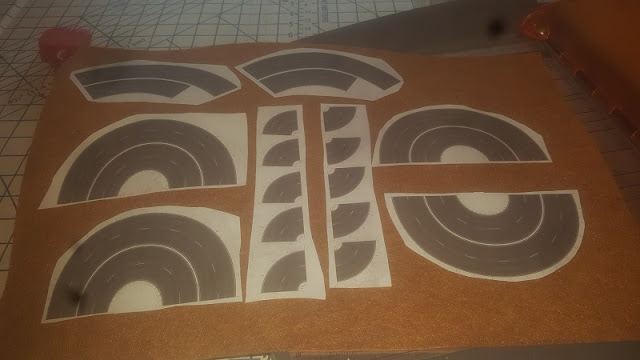 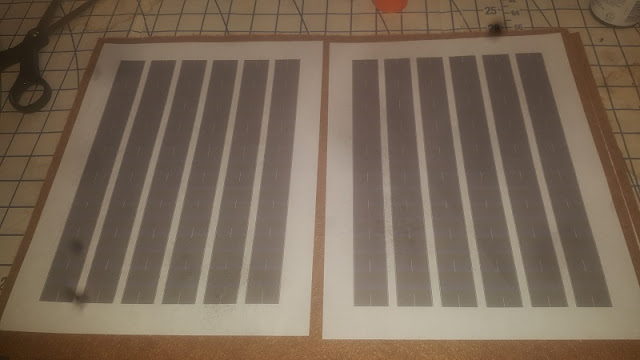 I finished painting these a while ago and have just now gotten around to posting them. The new unit is the Russian 8th Guards Rifle Corps, my second Russian rifle corps. Hope to make a few more later on. Here are the pictures of the unit, once again sorry for the poor quality.

I just need some Russian Army level units and some late war aircraft and my late war Russian front scenario will be ready. I'm going to be working on more modern stuff also, as I have a new idea. Kind of a mini-campaign game involving both sea and land.
Posted by JLee118 at 4:52 PM No comments: