Last weekend was Gnome Con V, our own game convention here in Savannah. Because of my work schedule I was only able to attend the first two days and I wasn't able to game much. Friday I arrived to late to take part in any games but I did stay to watch Christian's Star Dust game, with the Red Guard vs. the Dogs. 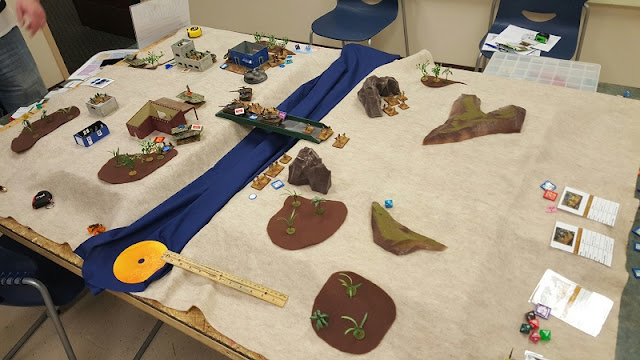 The next day me and Christian sat down for a few games of HOTT. The first being my drunk pirates vs. Christian's giant mutant farm animals. 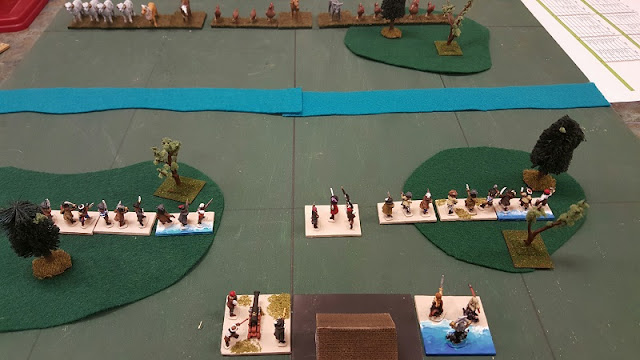 I started out strong with good activation rolls, and I manage to take out several high powered units like his paladin and knights. My water lurker was especially useful, despite being out numbered. 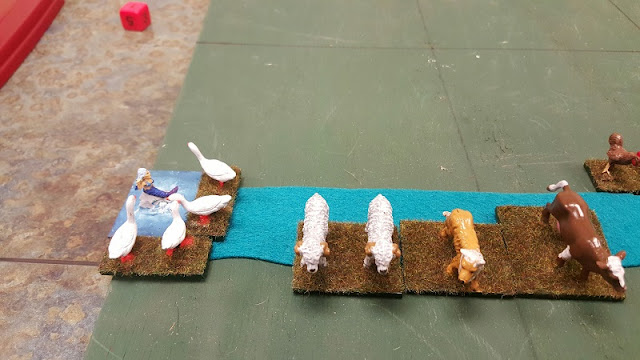 Unfortunately, Christian was just able to squeak by a victory by points.

The next game was between my Dinosaurs and Christian's Narnians. 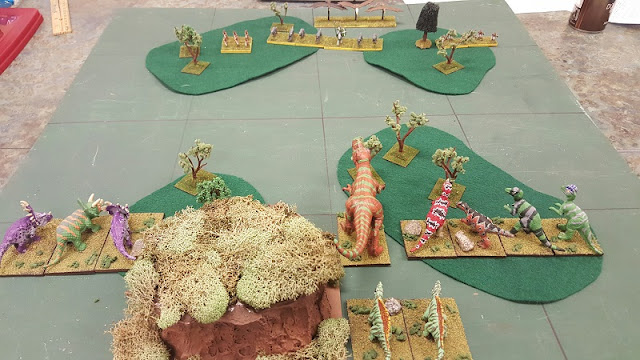 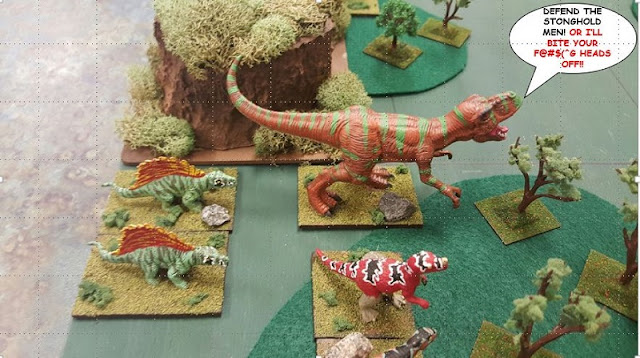 Things went well at first, but due to a mistake a made in choosing the terrain Christian was able to push a couple of units off the table to win the game. 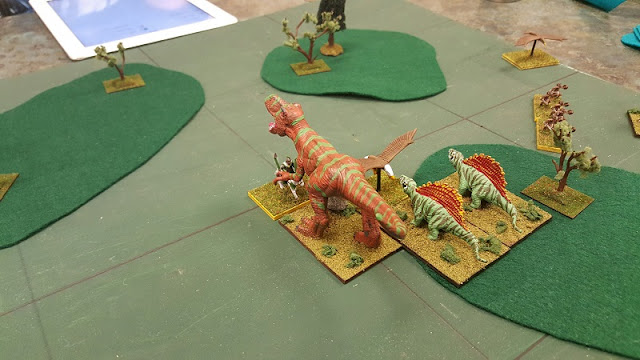 I wish I had more time to game last weekend. My new Megablitz unit is well under way. I've gathered the troops and equipment, cut the bases, and started gluing the heavy equipment to the bases. I hope to have pictures of the new unit up next week, then I'll be making some more terrain.
Posted by JLee118 at 11:44 AM No comments:

We're the Pirates of the Whiskey Seas!

Getting ready for Gnome Con, I decided to turn my attention to my long neglected Pirate army for HOTT. I'm planning to used this army on Saturday. Here are pictures of the new unit.


That's the new army next week I should have some good pictures from Gnome Con. After that I not sure what I'm doing next ether some new terrain of a new Megablitz unit, we'll see.
Posted by JLee118 at 1:17 AM 1 comment: