I managed to get some painting done this weekend. These are my early British and Indonesian ships. I'm not sure if I'll use them for Gnome Con yet. The scenario I got in mind may not work to well for a convention game. Anyway here's the pictures.


I hope to use at least some of these units soon. I've also have about half of my HOTT army painted.
Posted by JLee118 at 1:11 AM No comments:

It rained on my parade Part 2

Here are some more pictures from the St. Patrick's day parade. 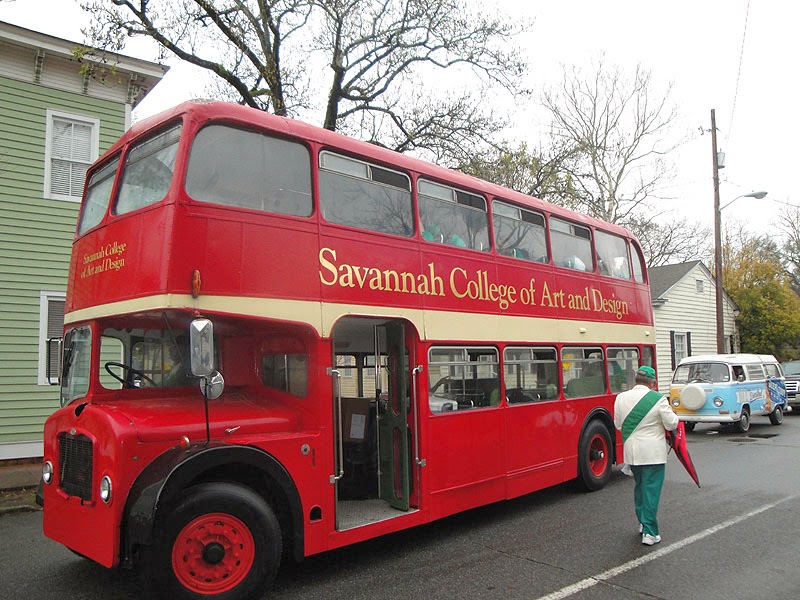 Once All the units are set and moving, the adjutant staff follows behind making the end of the parade.

It rained on my Parade Part 1

We started the day before with the Jasper Green ceremony. This is a ceremony named after Colonial hero Sargent William Jasper and honors Irish American Veterans. It starts with a procession down Bull Street and ends with a wreath laying.


Unfortunately I didn't get any pictures of the wreath laying and awards. The next morning me, dad, and the other adjutants met at a hotel to eat breakfast. It was raining, but that wasn't going to stop the 2nd largest St. Patrick's day parade in the US.

﻿  The part I work on is the floats some most of following pictures will be of them.

Being a port city, Savannah a long nautical history as well as a history in pirates. This could be seen in the many ship/pirate themed floats. 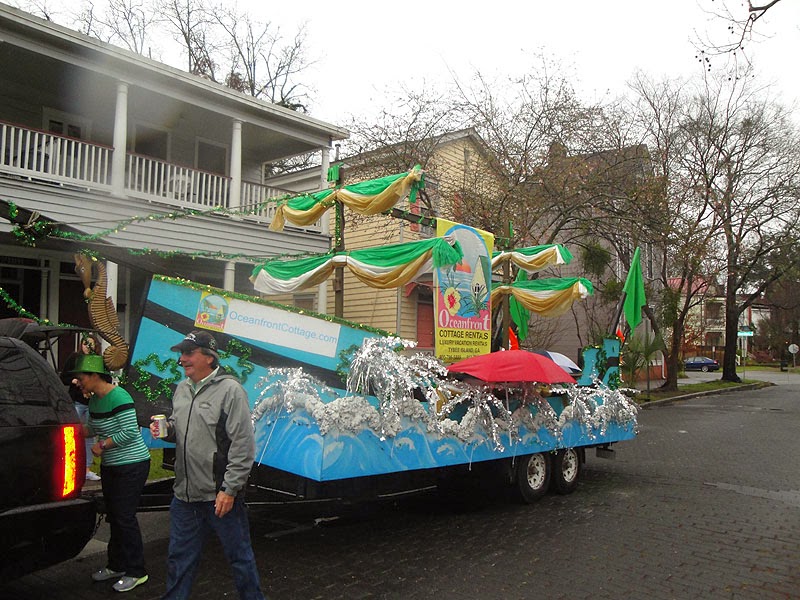 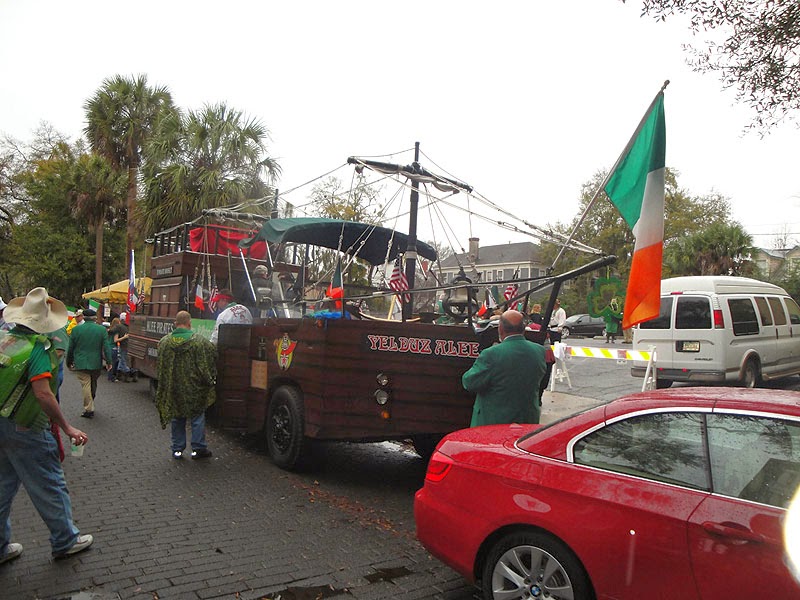 Then their were the many animals, such as...

Last Sunday Christian and I played a game of Shipwreck. The scenario was the Japanese verses the Russians. The Japanese were the lead ships of an invasion force head to take the Kuril Islands, starting with Iturup. Their mission was to clear the landing zone on Iturup of any Russian forces. I should have been a little more specific about that. I was also trying out some new things. For one, we were using actual weapon ranges (looked up mostly in Harpoon). I was also experimenting with a new combat turn air movement system. Shipwreck uses range bands for air movement, which works well for aircraft attacking ships. However I needed something different, as my upcoming 1967 scenario will be feature multiple aircraft of varying speed capabilities doing different missions at the same time. I gave the aircraft and Anti-surface missiles a set speed. Christian flipped a coin for sides and got the Japanese, which meant I got the Russians. Here’s how the game went.

Turn 1
There wasn’t much action on the first turn as both our forces moved and tried to detect enemy units.

Turn 2
The fighters moved forward to engage each other in air to air combat. My MiG-29s managed to shot down 3 of his F-2 fighters. Christian, however manage to take out 2 of my MiGs, one of which with a SAM, and also shot down one of my ASW helicopters. Both my subs detected a target to engage. My Kilo started an attack run on Christian’s sub, while my Victor III moved towards the Japanese DDH.


Turn 3
On this turn one of my MiG-29s was shot down. Christian also almost detected B-404.


Turn 4
K-138 made a short range torpedo shot against the DDH.


Turn 5
Both sides ships finally come within radar range of each other. The Japanese Destroyer Asagari fires 4 harpoon missiles at the Udaloy. I in turn fired 4 SS-N-14 missiles at the Asagari. All the missiles are either shot down or miss. My torpedo sunk the DDH, but in turn my Victor III was sunk by a torpedo from the SH-60.


Turn 6
In turn 6 Christian’s last F-2 finally shot down my other helicopter (This helicopter had been evading him for the last three turns). The F-2 was in turn driven off by missiles from the Udaloy. The all the missile armed ships fire at each other. Christian’s P-3 also fired 4 ASM-2 at the Bessmennyy. Both Asagari and Hatakaze are hit with a SS-N-14 but only suffered light damage. Bessmenny was hit with a ASM-2 and suffered light damage, losing the forward SA-N-4 mount.


Turn 7
My ships start closing in to use guns. Hatakaze fired the last of its Harpoon missiles, but all were shot down before reaching the targets. Both me and Christian successfully call for air strikes.


Turn 8
The air strikes arrive 4 F-4 phantoms for Christian and 4 MiG-27 for me. A gun battle brakes out between Udaloy and Hatakaze. Udaloy also had a limited number of anti-surface torpedoes, and fired one each at the Japanese ships. Hatakaze is hit with a 100mm round and losses one its guns. The Udaloy however was hit by both a 127mm and RIM-7 from Asagari. The hit unfortunately takes out the forward guns leaving me nothing to fight the ships with. Eventually Udaloy was sunk. The MiG-27 were shot down before they could reach target. The F-4s attacked both MPK-10 and Bessmenny. MPK-10 is hit with 2 cluster bombs taking out an SA-N-10, RBU, and set of torpedo tubes. The fighters were then driven off or shot down by AA fire.

Unfortunately I don't have any pictures of the last two turns.


Turn 9
The torpedoes launched by Udaloy reached their targets. The torpedo fired at Asagari missed, but the other torpedo hit Hatakaze, crippling her. My Kilo fired a torpedo at Christians’ sub but misses.


Turn 10
One turn 10 the Kilo fired another torpedo at the sub, this time sinking it. It also took a shot at an SH-60 with an SA-N-10. The Kilo was then sunk by a torpedo from an another SH-60. Christian was able to get Hatakaze back on line, but it was officially out of the game.

By this time both me and Christian decided to end the game. There was slight debate on the victory as I had not made the victory conditions clear enough. Christian's mission was to secure a invasion beach. However I had only written that no soviets had to be within short range of the beach. While there were no soviet ships within short range of the beaches, Christian himself didn't come within radar range of the beaches at anytime. This wouldn't near enough to secure for an invasion as there could have been shore batteries or sea mines in the area. Not only that but my two remaining ships could have turned around, and taken back the area. In the end we declared the scenario a draw.

As for the game both sides made some errors, the biggest being not using torpedo decoys. Both Christian's and my ships had them, neither of us used them. The most damaging hits during the scenario were done with torpedoes. This also showed that I need to retain the ammo rules, as Udaloy was throwing out SAMs left and right. As for the new rules while they took a little getting use to and need a little refining, they worked well enough. Anyway I'll be doing more Shipwreck at Gnomecon in April. I also got most of my HOTT army assembled and will start painting it soon.